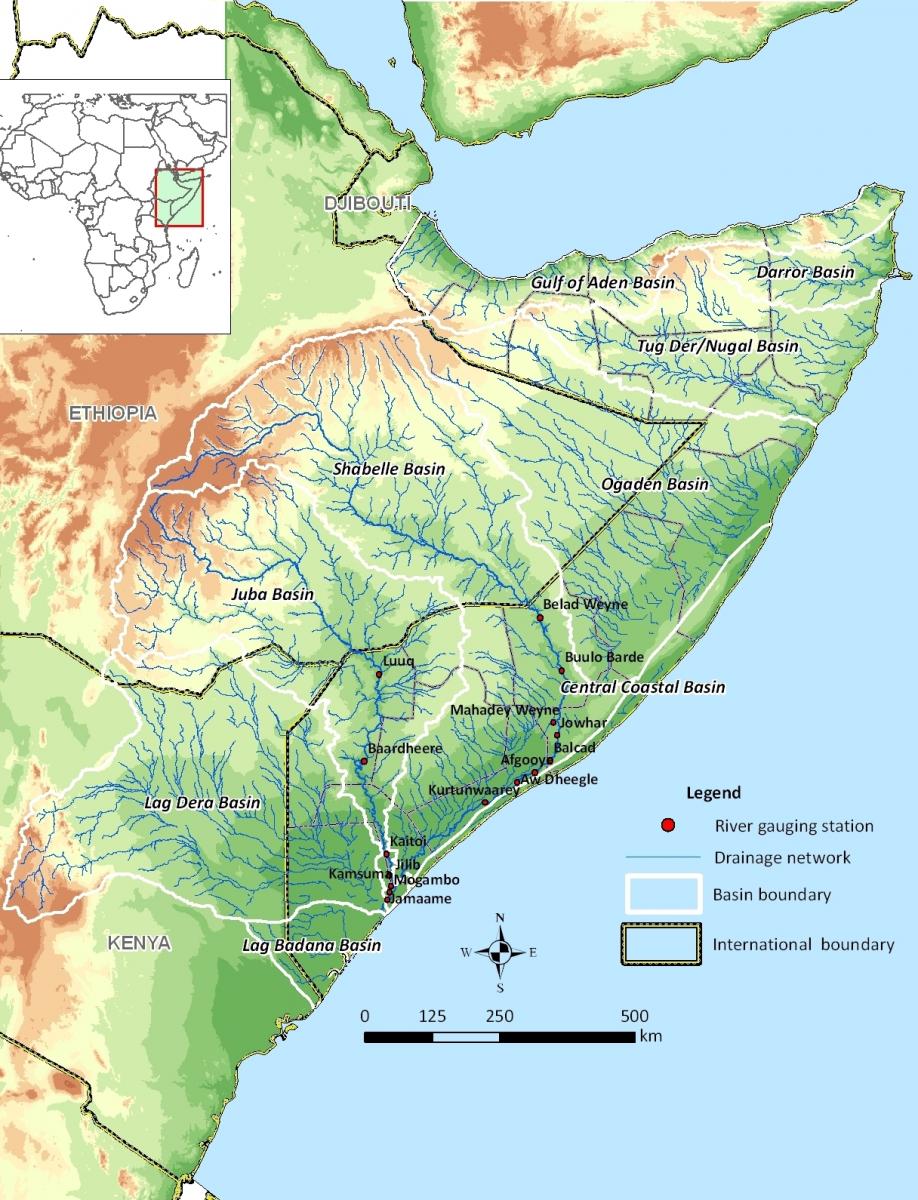 The major surface water resources for Somalia are the two perennial rivers, the Juba and Shabelle, both of which flow from Ethiopia to the Indian Ocean, cutting across the southern part of the country. The two rivers experience great seasonal variation in flows but never dry up completely. High flows are experienced during the wet seasons (April-June and September–November), and the rivers occasionally break through the weak embankments and flood the adjacent land. In the dry season river flow volumes are reduced significantly. On average, 186m3/s flow down the Juba River at Luuq (near the Ethiopian border), while on the Shabelle the average flow at Belet Weyne station (also on the border) is only 75m3/s.

A number of seasonal rivers, locally known as togga, exist in Somalia. These rivers flow only during the rainy season, and after heavy storms the flow is often accompanied by flash floods. In the dry seasons, the rivers remain dry, although sub-surface wells can be established in some river beds where the water table is shallow. Surface water collection is also practiced in natural depressions (balley), artificial dams (waro) and man-made cisterns (berkads) for domestic and livestock use. However, many of these sources retain water for a short duration only, and people cannot rely on them for year-round water supply.