Pastoralism is the predominant land use in Somalia and consists of nomadic pastoralism with a growing private sector livestock export industry. This industry provides the greatest source of revenue in Somalia, surpassing crop production fourfold in value. The livestock industry employs over 60% of the population and livestock earnings account for over 80% of Somalia’s foreign exchange earnings. The country comes second in global sheep exports after Australia. Goats, sheep, camels, and cattle are the predominant animals reared by pastoralists. 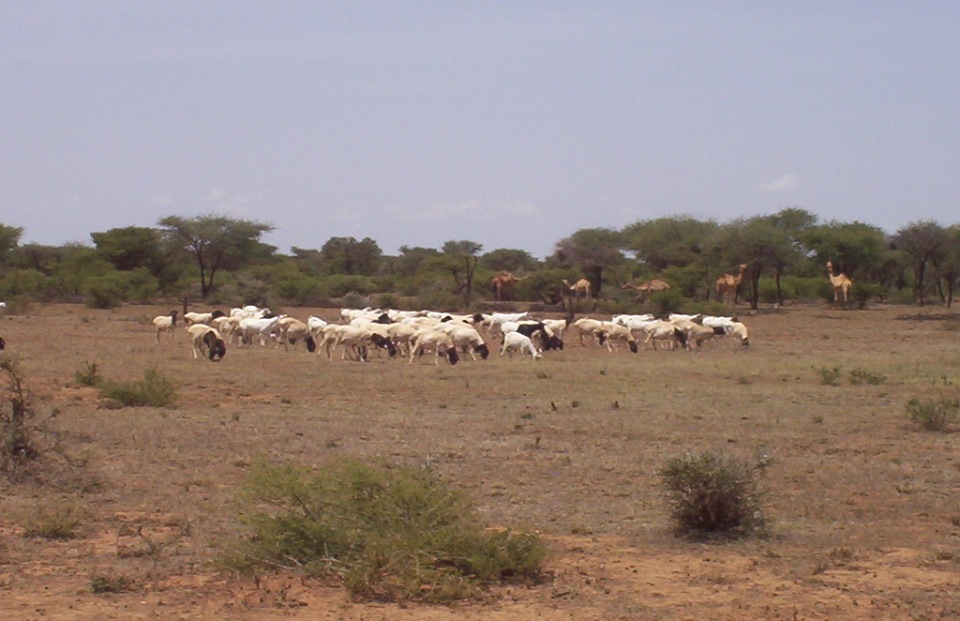 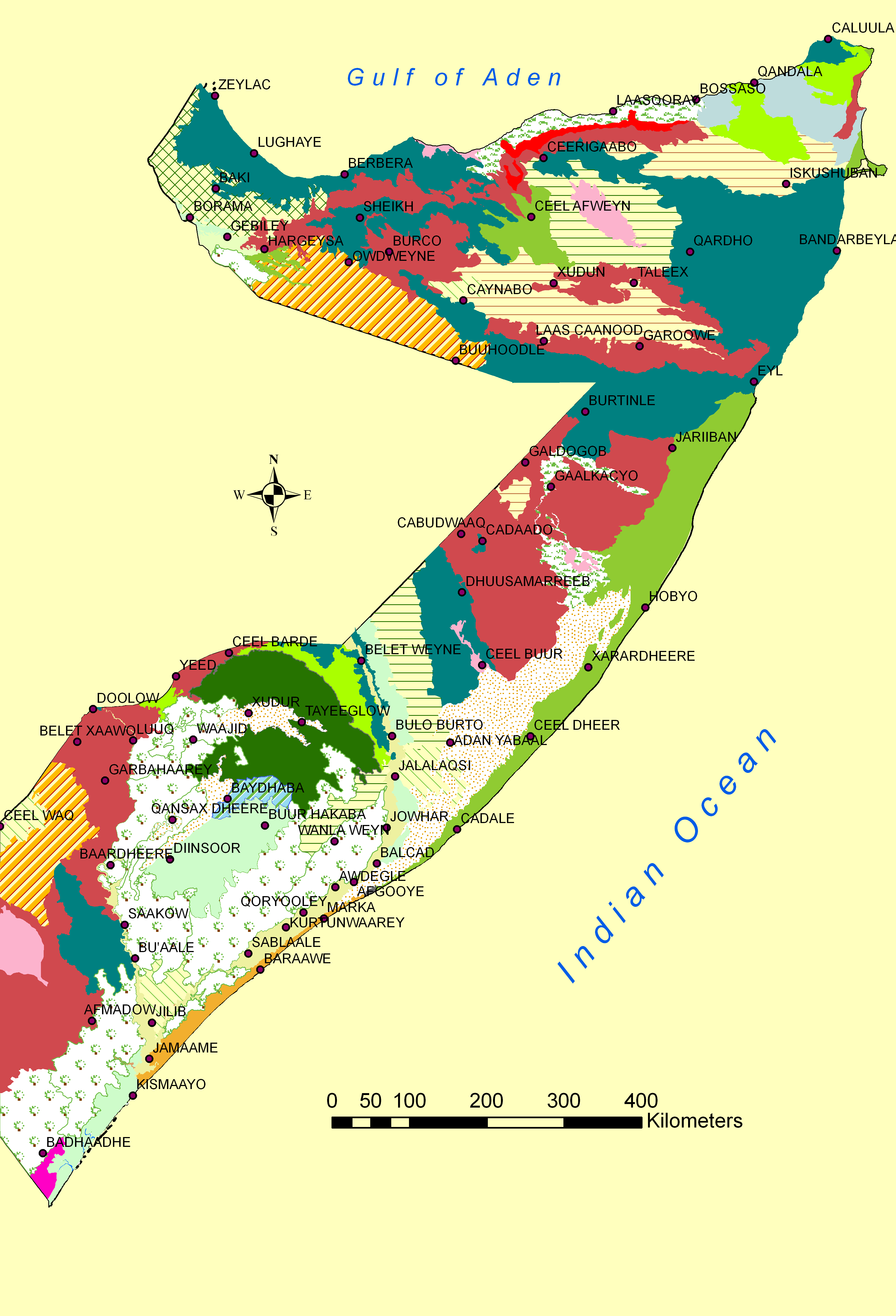 n the areas around Hargeisa, Gebiley and Borama. In the rest of the region, sparse rainfall means that agriculture is only possible where there are alternative groundwater sources to support irrigation. This is common within the alluvial plains where shallow wells and permanent springs provide supplementary water for irrigated                   Pastoralism in Northern Somalia                          agriculture.

In the South, rain-fed agriculture is practiced in the Shabelle and Juba river basin. There are two crop growing seasons, coinciding with the Gu and Deyr rain seasons. The crops grown include sorghum, millet, maize, groundnuts, cowpeas,  mung beans,  sesame, cassava and vegetables.These crops are produced for both human consumption and animal fodder. Crop production is limited by factors such as shallow and stony soil, low soil moisture, rainfall variability, soil erosion and low soil fertility. A number of soil and water conservation measures such as soil bunding, terracing, and water storage (in dams and other reservoirs) are used to conserve soils and water and extend the growing season.

Irrigated agriculture is practiced in the floodplains along the permanent rivers in south Somalia (the Juba and the Shabelle) and along the seasonal streams and springs. In northern Somalia, water is available within pockets of deep soil for irrigated orchards, or from shallow wells and springs, which are the major sources of water for crop irrigation, with water pumped to the fields. 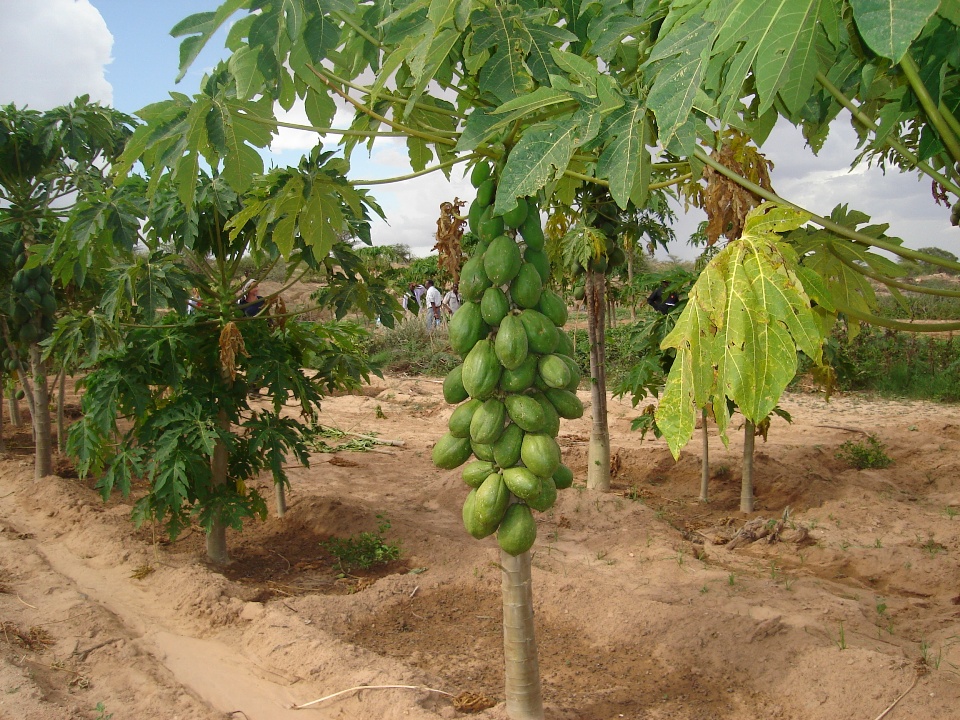 Irrigated crops grown on a small scale include maize, sesame, fruit trees and vegetables, while crops such as bananas, guava, lemon, mango and papaya are grown on a large-scale for domestic consumption.