Apart from the people living along the Juba and Shabelle Rivers, the Somali population depends on groundwater for domestic water supply, livestock and small scale irrigation. 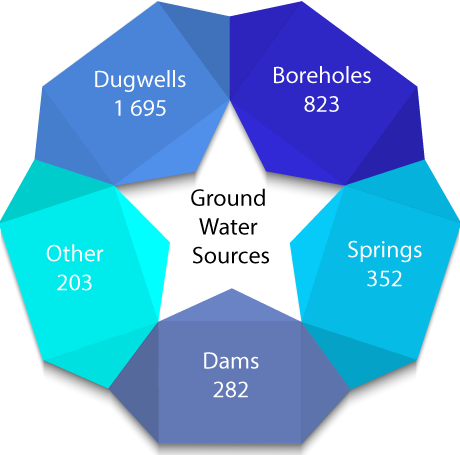 The main groundwater sources of Somalia are boreholes, shallow wells and springs.

Boreholes are the most strategic water sources in Somalia, as a majority have water throughout the year and provide water when other sources dry out. The depth of most boreholes in the country is in the range of 90m to 250m; but in some locations the depths can go to more than 400m.

The majority of the shallow wells are less than 20m deep. The water yield of these sources varies from one area to another, depending on the aquifer. Most shallow wells yield between 2.5 and 10m3/hr, compared to the yield for most boreholes which ranges between 5 to 20m3/hr.

The development of new groundwater resources in Somalia is fraught with challenges, key among them being poor water quality. The majority of groundwater sources in the country have salinity levels above 2,000µS/cm, which is over the required standard for drinking water. Many of the shallow wells are also unprotected from the elements, making them vulnerable to microbiological and other contamination. 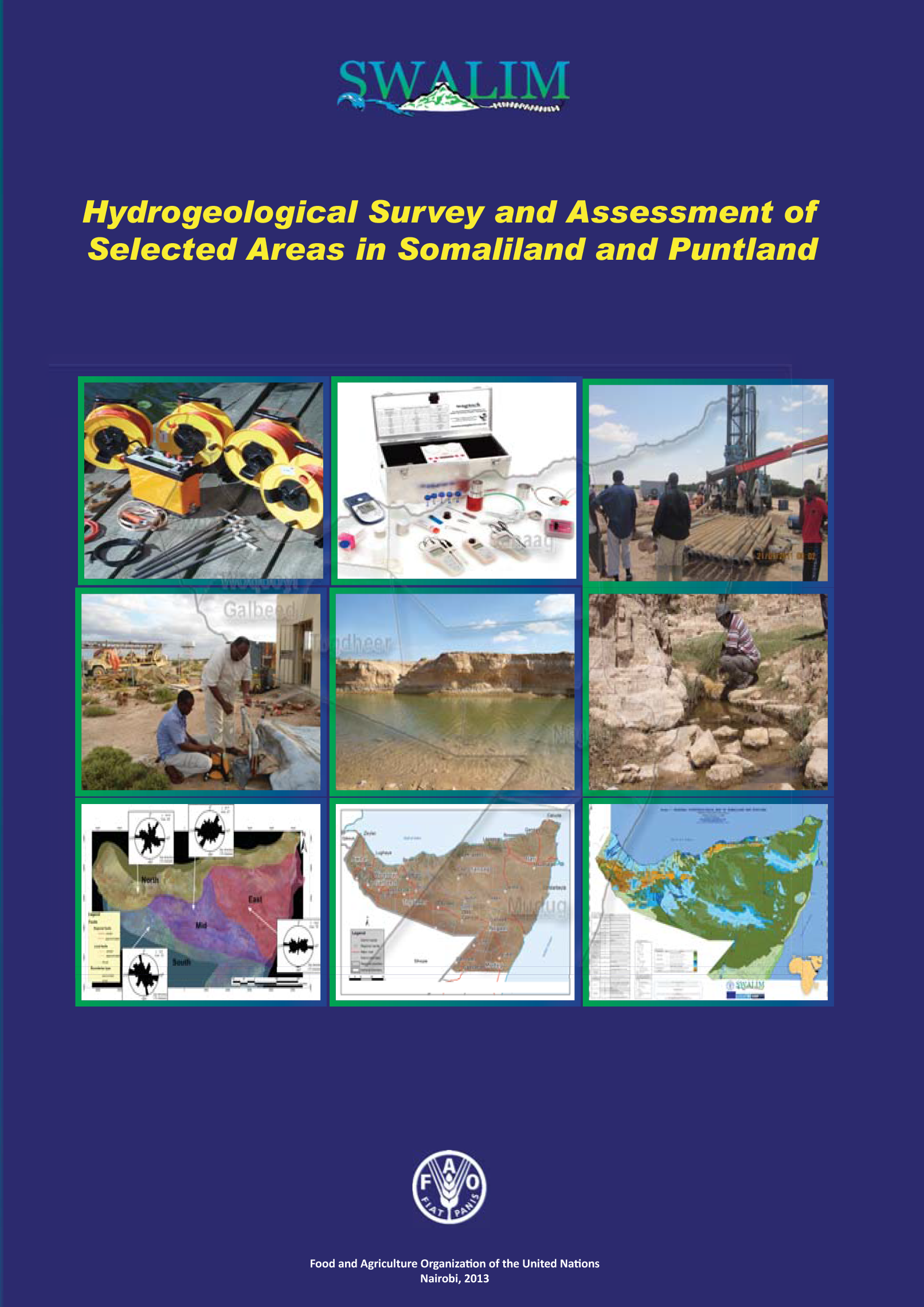 SWALIM completed a hydrogeological survey and assessment of selecetd areas in Somaliland and Puntland, as a base for more efficient and sustainable groundwater use. This report aimed at: