The Shabelle River which is one of the two perennial rivers in Somalia has had some sections of the channel getting dry for the third time in three years. The first being February and March 2016, then February and March 2017 and finally some sections dried early December 2017 to Mid-March 2018. The Gu rains are expected to kick off in late March and early April within the basin and this will see a rise in river levels. While there are many reasons behind the drying river bed, the main driver to this could be attributed to consecutive failed rainy seasons both in the Ethiopian Highlands and inside Somalia.

Rainfall analysis indicates depressed rains during the Deyr seasons of 2015, 2016 and 2017. The poor rains, and increased agricultural water use led to significant reduction of river flow. Massive sedimentation on the river bed has also resulted in decreased water quantity and quality along Shabelle River. Some reports attribute the flow reduction to riverine activities in Ethiopia where the river originates.

SWALIM has analysed the temporal river level status using observed river level data and very high-resolution satellite images taken on different dates in selected towns along the Shabelle River. The analysis of multi-temporal images performed by visual estimation of the water levels covers the period from January 2017 to January 2018.
The most suitable cloud free images used are panchromatic black and white acquired by the World View 1 satellite. The readability of panchromatic images is more difficult, but generally water is displayed in a dark grey color, while bare soil is represented by a light grey color.

In addition SWALIM analyzed the vegetation conditions using the Enhanced Vegetation Index (EVI) for December 2001 and December 2017. The selection of these two periods was informed by observation of similar rainfall/vegetation trends in the previous months. This analysis shows a great increase of active irrigated crops upstream (Belet Weyne) in 2017, a slight increase in Bulo Burti and clear decrease in Jowhar (downstream), which could be explained with a progressive increase of water abstraction upstream, affecting the Shabelle river level downstream. 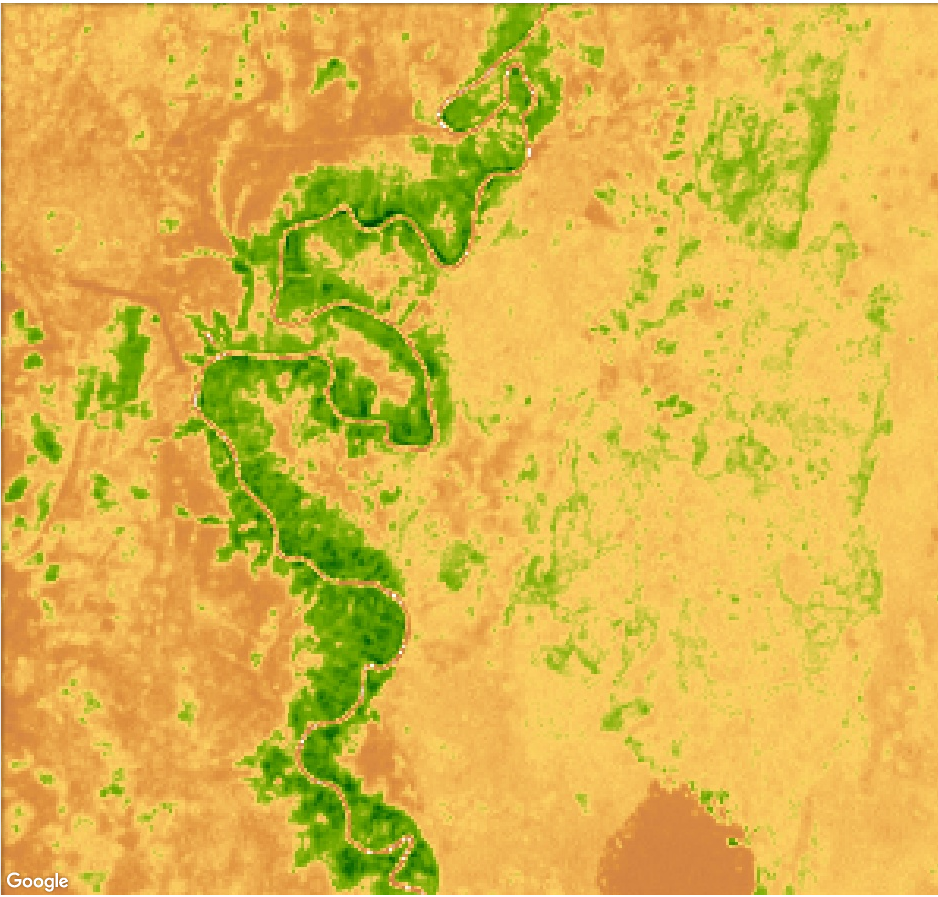