Thousands of people have been left homeless following continued flooding in parts of Somalia’s Hiraan and Middle Shebelle regions over the past couple of weeks, with large tracts of farmland being inundated, raising fears of livelihood losses. The Shabelle River floods started in late October around  the town of Beletweyne due to intense rains in Somalia and the Ethiopian highlands. Subsequent flooding has since spread to the downstream areas including Jowhar.

Shabelle river at Belet Weyne has been at bank full level for over two weeks, leaving about 68% of the town inundated. At Bulo Burti, the river reached the highest level in recent history and is almost at bankful.

Swalim is pleased to share with you the Middle, Lower Shabelle & Hiraan regions, flood extent map as at 30 October 2019 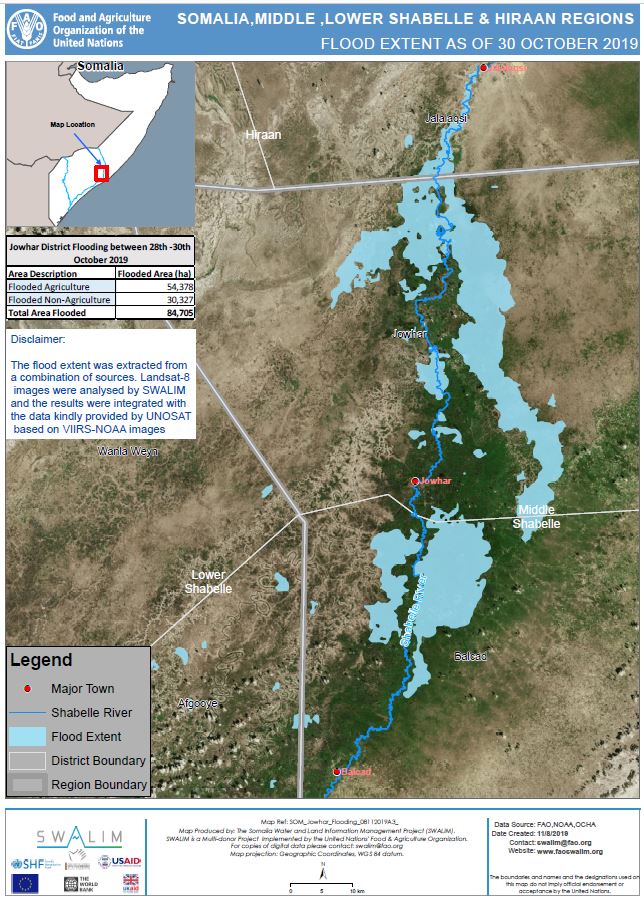